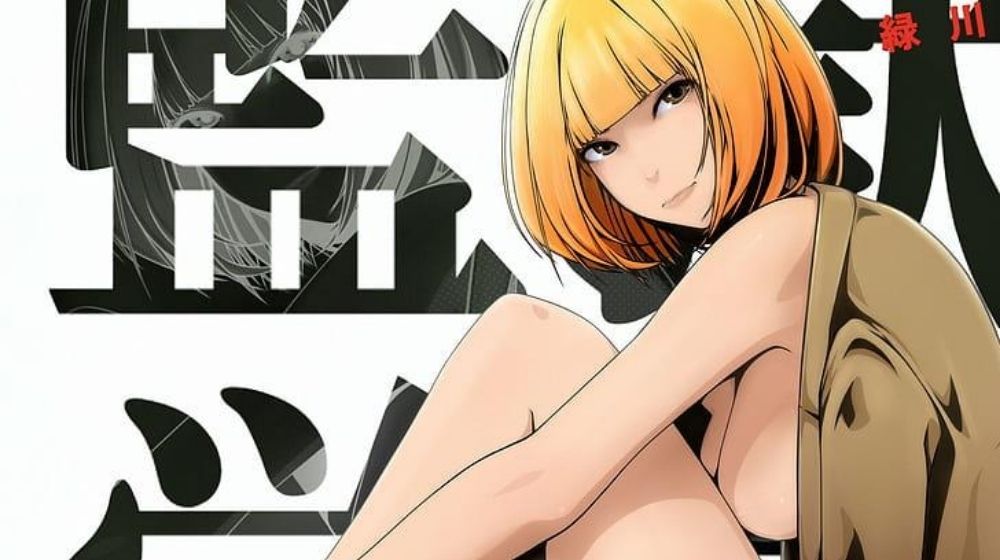 What’s up, ecchi fans! There are plenty of ecchi animes, although some are driving fans crazy by stepping out of the screen after a few episodes.

Yes, we want more of the ecchi we love, and we hope they will air again in the near future. With no further ado, we’ve got this list of fantastic ecchi anime series that fans wish they had more episodes.

Ecchi Anime Series That We Wish They Continued Airing...

The story centers around Hachimitsu Private Academy, where a recent change in policy allows boys to enroll in this prestigious all-girls boarding school.

On his first day of the new semester, Kiyoshi Fujino discovers that he’s one of only five boys in Hachimitsu. The group is overwhelmed by the thousand girls on campus. Do some math. Yes, you got it right. The ratio is one boy to two hundred girls!

Kiyoshi, Gakuto, Shingo, Andre, and Jo try hard to adapt to the new environment after getting snubbed without making a great first impression. Failing to make friends with the other female students, the adventurous boys have a wild plan: sneaking into the girls’ bathroom!

It’s only after the infamous Underground Student Council discovers their sneaky plan that the crew is sentenced to an entire month in the prison of the Council.

Prison School focuses on the boys’ hardship in the prison, their efforts to integrate, and the strong resistance from the Underground Student Council and even their female schoolmates. This righteous struggle is the ultimate test for any “bros before hoes” scenarios.

The Japanese government reveals a shocking secret: mythical creatures (or liminals) - are real. These creatures will live among humans as exchange students but with some duties and restrictions.

By mistake, Kimihito Kurusu’s house becomes the host homestay for Miia, a lamia. Following the day-to-day peaceful life of the lone Kimihito turns upside-down with beast ladies from various breeds packing in his home.

The ladies are attracted to Kimihito and compete with each other for his attention. Poor Kimihito helps these mistresses adapt to human society while struggling to live in harmony with them.

According to the Interspecies Exchange Act, interspecies sexual connections are illegal. Much to the audience’s surprise, Kimihito is said to be the test case for interspecies marriage - the escape clause for the above violation.

With unexpected occasions and plenty of mistresses showing up along the way, Monster Musume: Everyday Life with Monster Girls is a favorite pick of many ecchi fans. Enthusiastic lady-dogs with sexual expressions are some of the things ecchi fans wish they had more if the series continued…

Suddenly, the dead rise, and Japan becomes zombie-infected. Takasi Kimuro, a highschool student, has to kill his best friend after he gets bitten and turns into the walking dead. Takasi vows to protect Rei Miyamoto, his best friend’s girlfriend. They narrowly escape the school only to find themselves in the chaotic reality of the outside world.

On their quest to find their lost family members, Takashi, Rei, and other students uncover the zombie apocalypse’s cause.

Highschool of the Dead hit right at the time when zombies were dominating the silver screens worldwide. It keeps the audience engaged for hours by skillfully balancing juicy fanservice and loathsomeness.

Fans who want boobies will get that, but only flashing through the blink of an eye. Feeling ecchi yet?

Panty and Stocking, aka the "Anarchy Sisters", are kicked out of heaven for misbehaving. Garterbelt, a priest, supervises the two in their hunt to wipe out ghosts in Daten City. The unusual mission requires unusual weapons - their lingerie is used to dispatch the spirits so these cuties can buy their way back to heaven.

Getting side-tracked while on duty, these two unconventional angels prefer either sleeping with any walking thing or consuming sweets to actually exterminate evil spirits.

Boys love Panty and Stocking for their unintentional boob flashing and other kinky positions as they have such neglectful attitudes while battling ghosts.

Kintaro Oe is not a typical freelance worker. The young man seeks knowledge through various jobs as he cycles around Japan on his trusty Mikazuki 5. His posts include housekeeping, teaching, computer programming, culinary arts, and, most importantly, studying.

In each episode, Kintaro meets a beautifully sexy woman (often in short, tight, and revealing clothes). Regardless of the ladies’ original dismissiveness, the smart and resourceful Kintaro lusts after them while pursuing knowledge with his oddly undignified jobs.

Kintaro defies his outward appearance by demonstrating cleverness and the skills he’s learned to overcome challenges and win the ladies’ hearts. Accidental encounters go wrong due to Kintaro’s imagination and sexual drive. His exaggerated face is barrels of laughs throughout this ecchi anime series.

This golden ecchi oldie pioneers its time for letting its main character show his fetish by morphing his hand into his penis whenever getting touched by a pretty lady.

We wish we had more of those attractive chics and clumsy, yet cute, acts from Kintaro. Well, very sexily educational, I may say…

Full Body, recently launched on Nintendo Switch, is the new and improved version of an old favorite. Read on to find out if it's worth playing this cult-classic remaster.
News

From vacation moments to fights scenes, we countdown the hottest Erza Scarlet moments.