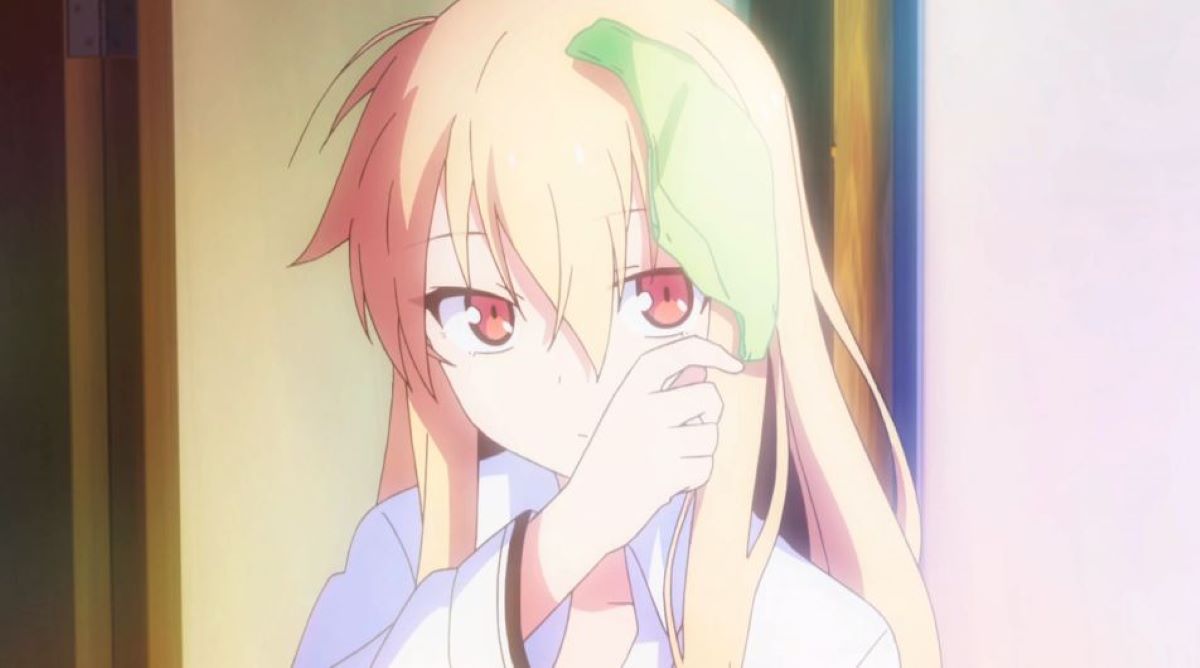 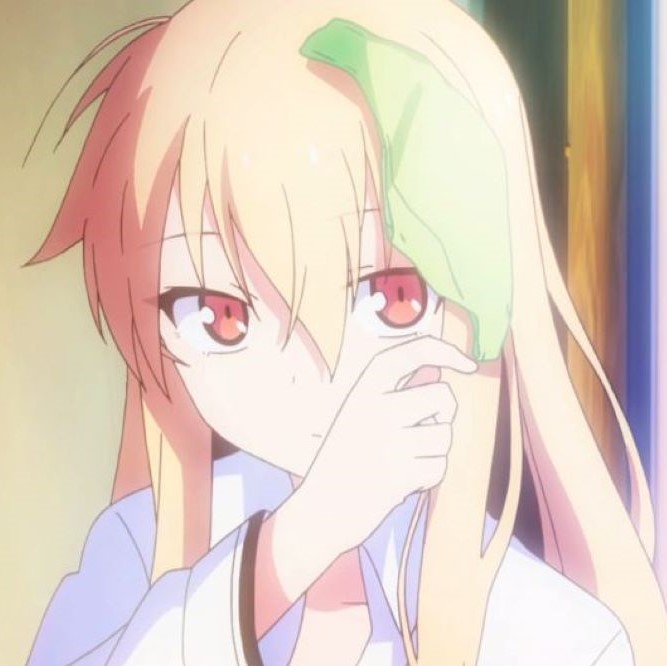 The panty glimpse is an important part of anime, but sometimes, she’s acting in such a way as to make you wonder... is she not wearing any? Holding down her skirt, sitting extra carefully, generally being on edge.

Urabe and Akira have a bond based on drool. After licking Urabe’s drool while she sleeps at her desk, Akira then needs to have some of Urabe’s saliva everyday. They can also communicate feelings through the drool.

In episode 3 we see Urabe performing an experiment, going the whole day without her panties to put herself in an unusual state to test the bond between them. Plenty of amusing shots occur along the way, and happy results for the couple - in the form of a nosebleed!

Sagiri Izumi has become a shut-in since her parents died over a year ago. She keeps to her room, relying on her step-brother to bring her food and provide for them with his burgeoning career as a light novel author.

But they soon discover they have actually been working together this whole time, as Sagiri is actually the mysterious illustrator known as Eromanga Sensei! Early on in the series she asks her brother to stop washing her panties, and in the ending credits we see Sagiri sat next to the washing machine in a long t-shirt.

As she dances merrily, it’s left to our imagination if all her panties are in the wash or not?

The three unlikely best friends, Galko, Otako and Ojou are having fun on their day off in episode 6 of this straight-talking anime. They decide to go shopping first to buy Ojou new clothes as she turns up wearing a kimono.

Traditionally, you don’t wear underwear with a kimono and with Ojou being a high-class girl, she is not wearing panties. After trying on several outfits she then asks for a longer skirt, as the other girls haven’t realised the full situation!

The girls then decide to go to the lingerie store.

The Pet Girl of Sakurasou

Panties are a big theme in Pet Girl, as Mashiro spends a lot of time not wearing any. Several other characters also spend time going commando, even ones you wouldn’t expect to!

In this slice of life series focussing on the happenings of the residents of a particular school dorm, there are many panty-based incidents. Even during normal activities, there’s a high possibility Mashiro isn’t wearing any...

Of most interest is episode 1, where Mashiro is found completely naked, and episode 8, when panties are mislaid at the swimming pool!

In the opening episode of Great Teacher Onizuka, we find him at his teacher training post. His class are all delinquents, aside for one beautiful and attentive girl, Mizuki. But, she is not all she seems, putting Onizuka in a tight spot.

But using his unique abilities, he manages to not only turn the situation around, but also bond with the whole class and impress the school admin. Mizuki has completely fallen in love with him and wishes for him to return when he is fully qualified, giving him a present as he leaves.

Why the hell are you here, Teacher!?

In this anime that is full of fanservice, what was going to happen the moment someone donned a bikini? In episode 11, teacher Tachibana and student Tanaka have won a trip to the paradise island of Iwagaki.

While trying to have fun in a cove, the water is more dangerous than expected, loosening tie bikini strings and leading to ecchi incidents!