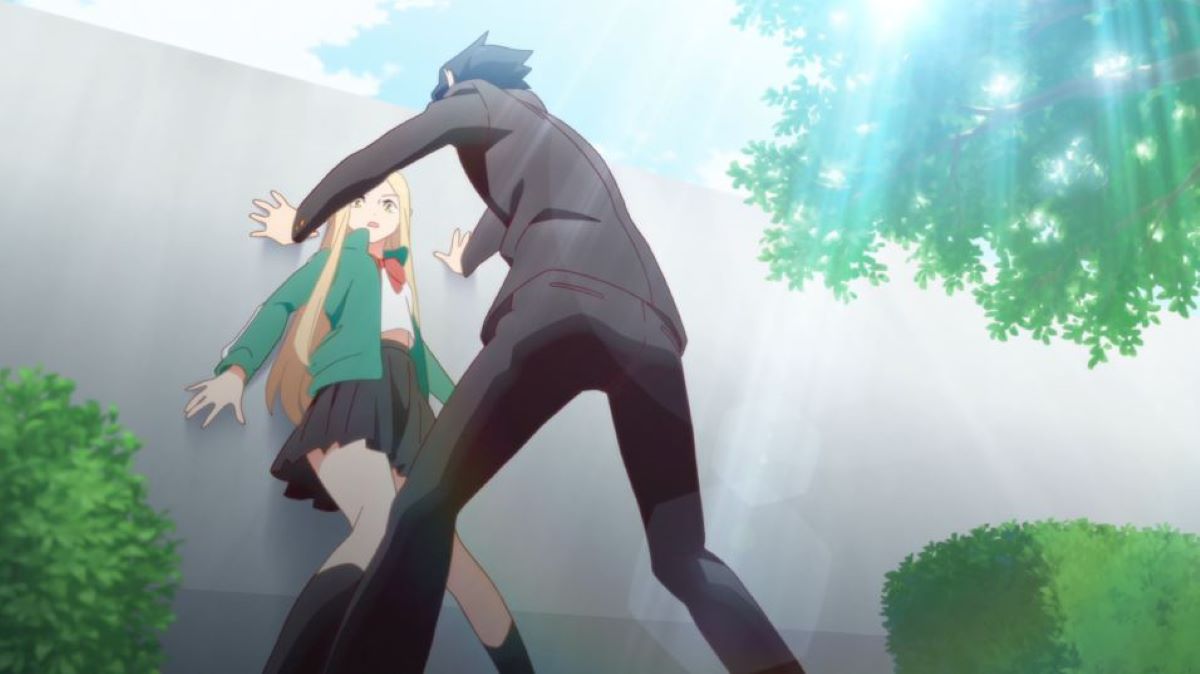 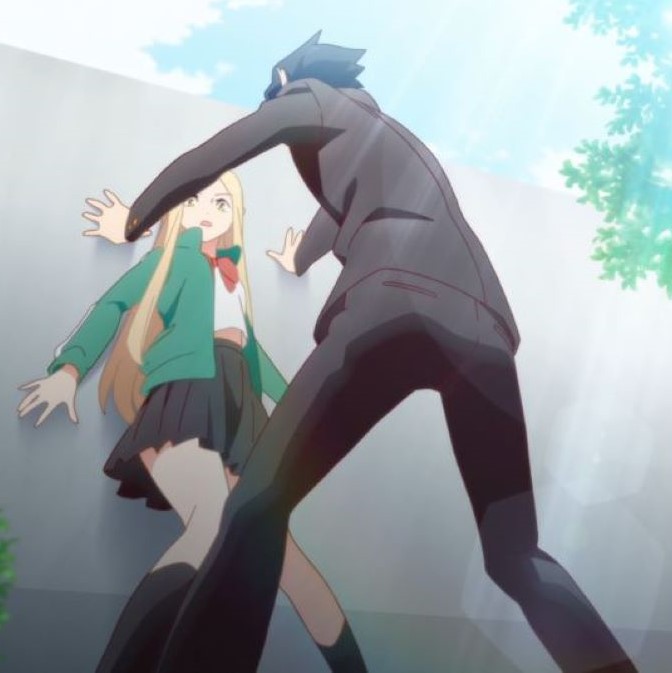 Guaranteed to get hearts racing, the kabedon is a signature move used in anime and manga. Now mostly used as parody, you can find examples of it all over the place, used in a variety of ways and partner arrangements, and for various reasons. As it’s a uniquely Japanese word it can be translated as ‘romantic move’ or ‘cornering’.

Kabe refers to the violent beating of a wall, this produces the sound of ‘don’, and ‘don’ can also mean someone hitting something. So the term is part onmenatepaic, with both parts of the portmanteau basically having the same meaning.

It originally referred to the slapping of walls that occurs in collective housing in Japan, as sound can travel easily. Neighbours making too much noise will be treated to a kabedon from next door in an attempt to get them to be more quiet.

But in shoujo manga, it started to take on a new meaning, the action of a man pressing a woman against a wall by trapping her with his arm, and making the ‘don’ sound as his hand hits the wall.

The classic use of the kabedon. You get in close, she can’t run away and you’re definitely not going to be able to hide what you’re feeling. The shock will also hopefully get her heart racing, which is always a plus.

It may have become so popular in Japan as it rose soon after the trend of men identifying themselves as ‘herbivores’ or ‘carnivores’, with herbivores not being so confident with women, and carnivores being more stereotypically manly and pushy.

A man wishing to appear more of a carnivore might attempt the kabedon.

There are plenty of other uses for the kabedon than the classic love confession. It is useful for asserting dominance, and not necessarily always between a typical couple.

Here pictured above is Juno the gray wolf trying to show Haru the dwarf rabbit who's boss in Beastars, and using her natural assets by smelling her to see if she’s telling the truth.

Honesty is often sought in this position, as hiding your face is rendered impossible.

Anger and frustration can also boil over and end up in the kabedon, with the wall slapping a good outlet and will cause a certain amount of fear in the recipient, without actually hitting them. It’s definitely a power move, and makes sure the pinned person is concentrating solely on you.

With the kabedon being a fantasy that most people would not actually enjoy occurring in reality, but the thought of it still gets the heart racing, it’s use in anime has mostly turned to parody.

With Hirotaka and Kabakura performing one for the amusement of fangirls Narumi and Hanako here in Wotakoi: Love is Hard for Otaku.

Several anime have also poked fun at the fact that both parties need to at least be of a similar height, otherwise the recipient is not pinned at all and their faces do not gain the required closeness.

In Science Fell in Love, So I Tried to Prove it the gang perform amusing experiments and find the kabedon loses its exciting appeal quickly after the first try.

Some have pondered at the kabedon phenomenon conveys a perverse view of what is sexy, and suggests that women simply can't resist being scared and dominated.

But as the trend has taken on a more humorous light in recent times, these fears can mostly be put to rest.

A Short Introduction to Yuri

Yuri may have piqued your interest, but like a lot of anime it’s difficult to know where to start. Here’s a short guide to help.