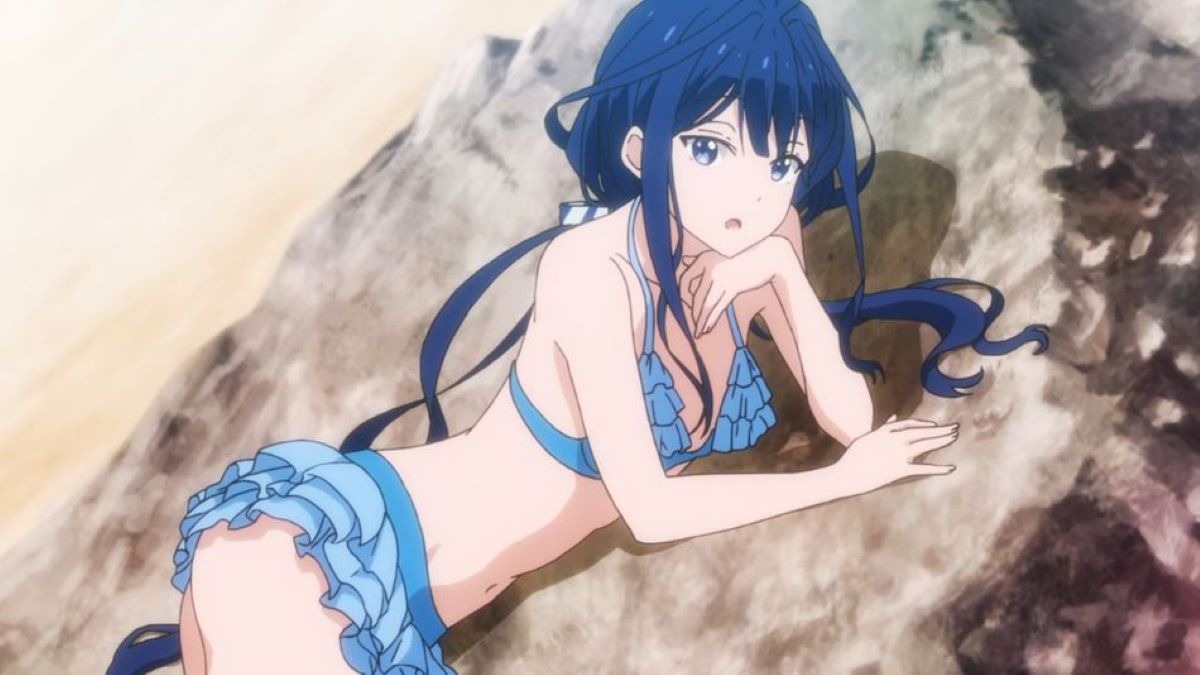 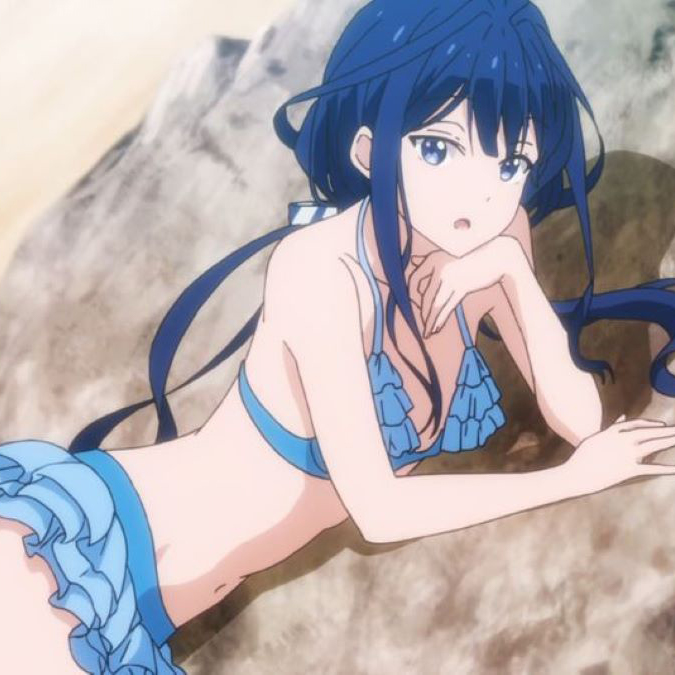 With the seasons changing and the temperature dropping, fall is definitely now with us. Summer feels like a long time ago so lets relive some of the heat with these hot swimsuit episodes.

BLEND-S follows the exploits of the employees of Cafe Stile. The waitresses all have personas, such as tsundere, little sister and idol. As they are mostly otakus, some of them are slightly reluctant to join in the summer activities they have planned, but eventually they all get into the swing of things and join in the fun at a barbeque and then a trip to the beach.

Dino the manager is very excited at the prospect of new girl Maika in a swimsuit, but as always he is as rather too enthusiastic about anything she does!

Island is an incredibly enthralling series and will keep you guessing until the very end. With a centuries old legend and a case of memory loss, even though the majority of the ISLAND episodes are sun-drenched, there isn’t a great deal of skin revealed until episode 3.

This episode involves the most fun on the beach, even if it is staged to get the Night Princess Rinne out in the sun. Rinne is wrongly convinced she has a rare disease, but her friends just wish for her to have fun and enjoy summer, with some hilarious misunderstandings.

Deceit, lies, revenge and fun on the beach? This isn’t your usual harem anime, but there is still an obligatory beach episode for us all to enjoy.

Masamune was once rejected by the rich and beautiful Aki, so he has set his life on a course of complicated revenge, namely by becoming obsessed with his appearance. After losing weight and gaining muscles, he returns to his hometown with a new name, with the sole aim of making Aki fall in love with him.

He is making some progress by episode 7, and he is invited to her summer villa. Here he introduces himself as Aki’s boyfriend to her families secretary, so they need to pretend to be a couple!

My Little Monster charts the progress of Haru, as he is persuaded to return to high school by the unwilling Shizuku, gain friends and begins a normal teenage life. In episode 4 it’s Haru’s first summer as a high schooler, and he plans to enjoy it.

As Shizuku doesn’t want to wear a bathing suit, the crew heads to the mountains. Some of them enjoy fishing, whereas Haru and the eternally cute Natsume-chan dive in the river.

Natsume causes quite a stir in her bikini, and in fact awakens something in both Yoshida and Mitsuyoshi.

This anime focuses on the daily candid conversations of three close but very different high school girls, and sometimes the rest of their class. Some questions posed include, ‘is it true you’re a gyaru?’ and ‘is it true that boob size and intelligence are inversely proportional?’.

Episode 7 starts with the question ‘is it true that really big boobs will float in water?’ as the girls have a fun day at a waterpark. There is plenty of intimate swimsuit talk, as you’d expect!

Galko also makes an unlikely friend, saving him from embarrassment and giving him some lucky sukebe.

That Time I Got Reincarnated as a Slime follows the exploits of Rimuru, reborn as a slime in another world. Amazingly he becomes one of the most powerful beings in the world, and aims to build a society for all races.

Sick of being fought over, pulled and stretched nearly to his limits, Rimuru comes up with the idea of making slime plushies. Enquiring, he finds there is a lake not so far away with special soft squishy sand, perfect to make slime plushies.

The village members head out to the lake and enjoy themselves on the way, all having fun in the water. Unfortunately something lurks beneath the waves.

In this slice of life anime where we follow the relationships of five high schoolers, summer has arrived and the pool is open. The girls go swimsuit shopping with an unwilling Ryuji tagging along. Taiga is obviously apprehensive, and after much embarrassment Ruiji finds she is upset about being an A cup.

With his sewing wizardry, he is able to come up with a solution, but plans go rather awry when they are in the water. As passions boil over a challenge is issued between Taiga and Ami - a swimming race! While the whole class is enchanted by Ami’s bikini, an accident occurs the in the water.

The Pet Girl of Sakurasou - episode 8

This anime follows the daily lives of the residents of Sakurasou, the school dorm for students who for various odd reasons can no longer stay in the regular school dorms. Sorata has been forced there as he wishes to care for the abandoned cats he constantly finds.

The residents of Sakurasou wish to have a welcome party for their newest member, Nanami. As it’s the end of summer vacation they decide to have it at the school pool, even though they don’t actually have permission! All the girls labour over their choice of swimsuits, and fish for compliments from the boys.

They all enjoy playing in the water and a party hot pot. Unfortunately school security catches up with them...

Highschool DxD, the so-called Ecchi King, is expected to be back with its confirmed upcoming Season 5 of the series. Let’s wait for the return of the Hero Oppai Dragon Arc and juicy ecchi fanservice of the fantastic Highschool DxD Season 5!